Leveraging SCIM To Improve Identity Management In The Enterprise 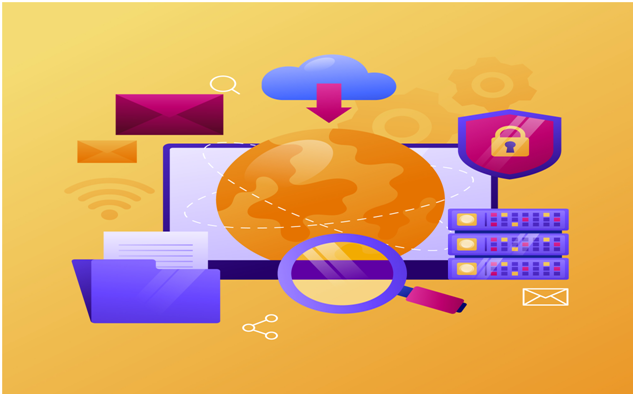 SCIM (System for Cross-domain Identity Management) can be defined as a standard that defines the way that IAM (identity and access management) and systems & applications being used in an organization operate and communicate with each other. SCIM is a part of the realm of IG (Identity Governance) and is part of the bigger umbrella known as IAM. The applications used in SCIM include various systems such as CRM (customer relationship management), telecommunications, productivity, security analytics, social, and education. SCIM de-provisions and provisions each user account that needs access to the applications. In this case, each of them contains a specific API (application programming interface).

The Biggest Benefits Of Using SCIM

At a basic level, using SCIM identity management makes an organization a lot more productive than it otherwise would be. If you have installed proper SCIM in your organization, productivity levels could simply shoot through the roof. SCIM works on the idea of accounts for each system being automatically provisioned. This reduces significantly the manual effort that is normally required for account provisioning and configuring visibility. This also assists the IT (information technology) support team and administrators to prioritize other tasks and focus on them since they now no longer have to manually de-provision and provision users to various applications.

If you are using SCIMin your organization activities like de-provisioning and provisioning user access become a lot more seamless, error-free, and automatic. It automates the system of provisioning accounts for each system and the unique connection that it has. With SCIM provisioning all accounts, permissions, groups, and entitlements become automatically synchronized. This happens to all the unique systems in the database of your company. This also makes them ready to be used by your employees. Such automation significantly brings down the manual effort that is needed for configuring access.

It Strengthens The Levels Of Security In Your Organization

When you use SCIM identity management in your organization it improves the levels of IT security you have over there. This is because here you are using Cloud-based apps and this needs the right kind of management. This also mitigates risk separately when you do not have to log in separately to each app. Depending on the workflow of the employees, attack vectors may add up fast when a lot of apps are coming into play. This is how you strengthen security compliance in your organization.

How Does SCIM Function?

The first stage of work for SCIM is a REST (Representational State Transfer) API that has a set of operations that translates to HTTP (Hypertext Transfer Protocol) requests like GET, PATCH, POST, DELETE, and PUT. These then translate into operations to be completed. The responses that the system retrieves from the requests are in the JSON (JavaScript Object Notation) format. By using the REST API of SCIM you can manage endpoints at scale. The term endpoint in this context represents the groups and users of the company where such technology is being used.

There are certain scenarios where privileged accounts can be at risk and a common scenario, in this case, arrives when end users either leave the company or change job functions within the same. A lot of enterprises have orphaned accounts. These are accounts of former employees that have left the organization – in certain cases these accounts stay in the system even years after the departure of the account holder. These orphaned accounts can become prime targets for cybercriminals as they tend to fly under the radar. SCIM identity management could prove to be rather useful in these scenarios.

The Connection Between SCIM And PAM (Privileged Access Management)

PAM can be described as a system that is used to manage privileged identities and accesses. It is the most important among all identity governance domains because privileged access is capable of fast-tracking the route of a threat actor to resources and data that are sensitive. PAM itself is made up of four areas – Privileged Password Management, Endpoint Privilege Management, Secure Remote Access, and Cloud Privilege Protection. These days, you have several companies that offer total and integrated suites of PAM solutions. They can discover, manage, audit, and monitors all kinds of such accounts.

There are several benefits of carrying out SCIM integration with the best software systems such as OmniDefend. Doing so, for starters, automates the process of changing access to entitlements when the end users leave the company or switch their job roles within the same organization. It centralizes the management of visibility and accounts over privileged and standard accounts. It makes the process of user administration a lot simpler as well. It enables privileged accounts, vaults, and other entitlements associated with them to be managed and visible. This way, you can be confident that your privileged accounts are not being exposed inappropriately to undesirable access.

When Spreading Your Wings Fails: Apple and The Butterfly Keyboard

The Five Most Important Factors to Consider When...

Microsoft Teams Analytics: How Can It Benefit You?